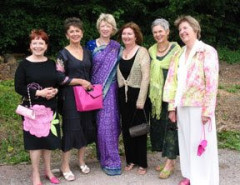 The Ladies' Killing Circle is a dynamic group of women writers, all originally from the Ottawa area, who first got together in 1992 as a critiquing group and later as the editorial board of a series of popular and critically acclaimed short story anthologies. Barbara has had stories published in all seven of their anthologies

In 2005 she was privileged to became a member of the group, consolidating friendships that will last a lifetime. One of the founding members of the group was Audrey Jessup, who died in 2003 but whose presence will be with the group forever. In 2008 the group released its last anthology Going Out With a Bang, with a spectrum of stories from comic to noir. However, in July 2011, they released in July 2011 an ebook entitled Little Treasures containing seven rare, out-of-print stories from the first anthology. Check it out on Kindle, Kobo and other ebook sites!

Forty-eight women have been published in the LKC anthologies, and the LKC has been a launching pad for the successful writing careers of many who have gone on to publish short stories in other venues as well as novels. In 2012, the Wolfe Island Scene of the Crime Festival, the Ladies' Killing Circle was honoured with the Grant Allen Award for their outstanding and pioneering contribution to Canadian crime writing.

The members of the Ladies Killing Circle all went on to have successful writing careers of their own , including Joan Boswell, who sadly died in 2018 and is very much missed. 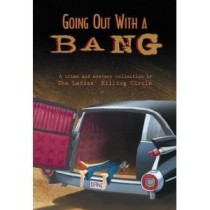 The members of LKC