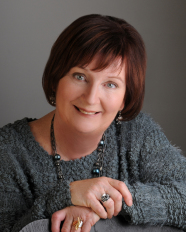 Barbara and Arthur at the Awards banquet

Barbara Fradkin (nee Currie) was born in Montreal and obtained her B.A. at McGill University and M.A. at the University of Toronto, before moving to Ottawa to work and raise a family. A few years later she returned to the University of Ottawa for her PhD in clinical psychology, and after more than twenty-five years as a child psychologist, she retired in order to devote more time to her first passion, writing.

Although she first appeared in print in 1995, Barbara has been writing since she was six and has always had an affinity for the dark side. Her work as a child psychologist provides ample insight and inspiration for stories. She is an active member of Canada's writing community as well as part of the notorious Ladies' Killing Circle, which edited anthologies of mystery short stories by Canadian women. She has three children and two dogs, and in whatever spare time she can find, she loves outdoor activities like travelling, skiing and kayaking, as well as reading, of course. 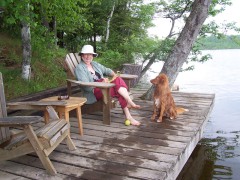 Barbara's dark, compelling short stories have appeared in mystery magazines and anthologies such as the New Canadian Noir series and The Ladies Killing Circle series. She is a two-time winner in Storyteller Magazine's annual Great Canadian Short Story Contest, as well as a four-time nominee for the Crime Writers' of Canada Arthur Ellis Award for Best Short Story, including "Voices from the Deep" in 2007. Her latest short story, "The Lighthouse", was published in a 2015 anthology of chilling short stories inspired by Edgar Allan Poe and entitled nEvermore! Tales of Murder, Mystery, and the Macabre.

Until recently, she has been best known for her award-winning police procedural series featuring the exasperating, quixotic Ottawa Police Inspector Michael Green, published by Dundurn Press. There are ten books in the series, the latest, None So Blind, having been released in the fall of 2014. The series has garnered an impressive four Best Novel nominations from the Crime Writers of Canada, and both Fifth Son (2004) and Honour Among Men (2006) won the Best Novel Award in their respective years. The Whisper of Legends (2013) was also shortlisted for the Ottawa Book Award. The themes for the Inspector Green novels are often drawn from her own experiences as well as from issues that trouble her. She has explored topics ranging from war crimes to child sexual abuse to love gone awry. 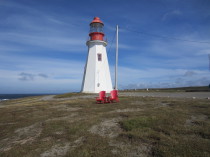 However, more recently Barbara has developed a new series featuring Amanda Doucette, a passionate, adventurous international aid worker who has returned to Canada after a traumatic ordeal on her last posting, and who launches a cross-country charity adventure tour to raise money for children overseas. Her natural instinct to help people and right wrongs often brings her face to face with trouble. The first of the series, Fire in the Stars, is set in Newfoundland and came out in September 2016, to stellar reviews. The second, The Trickster's Lullaby, was released in September 2017, and the third, Prisoners of Hope, in October 2018. The Ancient Dead, set in the Alberta badlands, is due for release on September 26, 2020.

Barbara has always been concerned about social equality and literacy, and was therefore thrilled to become involved in the Rapid Reads initiative by Orca Books, creating the Cedric O'Toole series of short, easy-read, fast-paced books for reluctant and emerging readers. The series is set in poor, hard-scrabble, Eastern Ontario farm country, loosely based on the Sharbot Lake area where she has a cottage. Cedric O'Toole is an unlikely and reluctant hero; a country handyman who barely scraped through high school and struggles with language but has an inventive mind and magic hands.

There are four books in this series, with a third, The Night Thief, released in the spring of 2015. Both The Night Thief and  Evil Behind that Door were shortlisted for the Arthur Ellis Best Novella award. The fourth, entitled Blood Ties, was released in the Fall of 2019! In the latest exciting news, Inspector Green is back by popular demand, and she is currently hard at work on the eleventh in the series.

In the fourth Cedric O'Toole short novel, Cedris'c life is turned upside down

Shortlisted for Arthur Ellis Best Novel! Barbara is thrilled that None So Blind is nominated for the 2015 Best Novel Award.