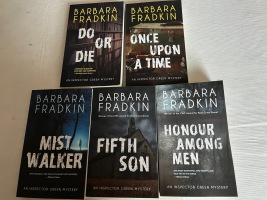 The first five books in the series including two award winners, have just been reissued in a larger format with updated covers. Get all the backlist now.

And in other news...

After  hiatus of seven years, fans of the impossible inspector are happy to know that the eleventh in the Inspector Green series was released in October 2021. The book, entitled The Devil to Pay, is available through your favourite bookstore as well as the major online platforms. There are a number of in-person and virtual spring events listed on the News and Events page.

What does she have up her sleeve for the inspector this time?

"For those who like a solid classic mystery with added character, Inspector Green is perfect."﻿

The Globe and Mail﻿

The award-winning Inspector Green series is set in Canada's Capital, a city of rich cultural and geographical diversity, and features the impetuous, exasperating Ottawa Police Inspector Michael Green, whose passion for justice and love of the hunt often conflict with family, friends and police protocol.

Do or Die introduced Inspector Green in 2000, ﻿﻿﻿a forty-something working-class man with a young family, a busy wife, a fractious daughter from his first marriage, and an elderly widowed father who survived the Holocaust. There are currently ten novels in the series, which has garnered two Best Novel Awards, as well as two additional nominations, from Crime Writers of Canada. The tenth, None So Blind, released in 2014, turned Inspector Green's life upside down and forced him to face his past, as well as chart a new future. In The Devil to Pay, his search for new ways to stay involved lands him and his daughter in trouble.

All eleven Inspector Green novels are available in trade paperback and e-formats. All but the latest two are also available as audio books. 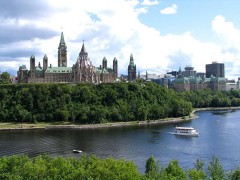 Although based in Ottawa, the cases frequently lead Green on investigative jaunts to other Canadian locales like Halifax, Montreal, and Gananoque. In the ninth novel, The Whisper of Legends, Green finds himself in Nahanni National Park in the Northwest Territories, on unfamiliar and terrifying turf.

Check out the book links below or on the left for more details, reviews, and excerpts from the novels.﻿﻿

THE WHISPER OF LEGENDS, Dundurn Press, 2013